The New World lies before you with all its peril, promise and infinite possibility. Your colonists anxiously follow you to shore. The treasures of an entire continent await you.

You face many of the same challenges that faced colonial organizers of the time-competition from other Old World powers, strange native cultures, the problems of establishing profitable trade programs, and the problems of organizing an army from a rag-tag band of colonists.

The game begins with the European discovery of the Americas (1500) and continues until approximately the time of the American Revolution (1800). In the beginning of the game you are given a trading/exploration ship and a small group of colonists.

You have no knowledge of what lies ahead of your ship, so you must explore until you find a suitable spot to lay down your first colony. As your colonies grow larger and larger, you inevitably encounter native populations and are confronted with competing imperial powers from the Old World.

Landing off the coast of America in 1492, the player could choose to represent either Britain, Spain, France or The Netherlands, exploring the New World, establishing colonies, managing trade routes and dealing with the local Indian populations.

There is a choice between a historical map (America) or a randomly generated map (the New World), and players may also construct their own map with the included scenario editor. The journey begins with a ship and two units arriving at the new world; as the ship moves into the unknown, the map is revealed.

Colonize the New World in this turn-based strategy game (in similar vein to Sid Meier's Civilization) set in the 15th century.

Subsequently, the player makes landfall, explores the New World, meets the indigenous Indians, builds colonies and buildings, and improves and works the surrounding land. The ship can return to Europe to collect more colonists and sell items.

The colonists can work the immediate land around the colony. Different map squares can yield different resources; for instance, most squares can produce food, while only forests can yield lumber. Harvested resources from the land, such as cotton or tobacco, can be manufactured and converted into commodities, such as cloth and cigars, and either used or sold. The prices of commodities in Europe fluctuate depending upon supply and demand.

With money, the player is able to buy goods, fund faster building construction, recruit new colonists, or buy ships and artillery. The king may at different times raise colonial taxes to pay for a war taking place in Europe. The player is also required to protect their colonies from potential invasion by equipping and stationing soldiers.

Moreover, the player manages their citizens, educating them in various skills to increase their productivity in areas such as farming, gathering of resources, or manufacturing.

Players may send missionaries into Indian villages to convert them to Christianity. The Indians may accept and convert, or they may refuse and burn the missionary at the stake. If another colonial power has already established a mission in a village, a missionary may attempt to denounce them as heretics with an equal 50/50 chance of success or failure. When waging war, the player has a basic colonial army consisting of militiamen, artillery, cavalry, and ships.

Weapons and soldiers can be purchased from Europe; however to win independence, the player will need to develop an indigenous armaments industry. Indians will initially only have braves and no horses or guns; over time they may obtain them via trade or defeating colonial forces in battle.

Guns and horses must be available in a colony to equip citizens and turn them into soldiers. If a colonial power captures a colony, it will remain in their possession unless it is retaken by force. Indians will destroy a colony if they capture it.

Citizens may also travel to an Indian village and learn a skill from the natives such as tobacco farming.

Colonies are preferably put on the coast; although they can be built inland, the player must build wagons to transport goods between colonies. In addition, wagons are necessary to trade with inland Indian villages. Goods may be sold to rival colonial powers, sent back to Europe for sale, or sold to Indian villages.

Colonists come in four types. The first is the basic free citizen, who has no particular skills but may be assigned to any job. If a citizen performs the same job for a certain length of time, the game may upgrade him to a specialist in that particular job. The second is the indentured servant.

Citizens may also travel to an Indian village and learn a skill from the natives such as tobacco farming. The Indians will not permit petty criminals to live among them, but will teach free citizens and indentured servants.

Once the New World has been discovered, the player is challenged with finding a place to settle down and build a colony.

In addition, missionaries may convert Indians to Christianity and convince them to live in the player's towns, where they are better than free citizens at working the land (and unlike specialists, are better at any type of it), but poor at industrial trades. Specialists are citizens who are trained and skilled at a specific profession.

These can be free citizens, indentured servants, or petty criminals who learned the profession by doing the job, through education, or by visiting an Indian village (except criminals), or they can be pre-existing specialists (obtained via European immigration).

Some professions, for example growing cotton, sugar and tobacco, can only be learned in Indian villages or in a colony, and are unknown in Europe. Eventually the player can build schoolhouses where they can teach their citizens to become specialists in specific professions. The player may at any time unassign a specialist and turn him back into an ordinary free citizen. Horses can be imported from Europe. If any colony has two or more horses, they will breed up to a maximum number.

An unskilled colonist (including a petty criminal) who enters a neutral or friendly Indian village on horseback may (rarely) be killed, may be given a gift, or may be promoted to be a specialist scout. Scouts have a better chance to meet with a favorable reaction when entering a village, and an improved chance of discovering a fabled 'Fountain of Youth' when investigating ancient ruins—which will provoke a sudden influx of potential colonists of all types to the player's European port.

Further, mounted soldiers are more effective and have a better survival rate than dismounted infantry.

There are four European powers available. The player may pick to play as a colonial leader of any one of these powers, and the remaining three will be the computer-controlled competitors. Each power has certain bonuses.

You settle and build cities like other Civ games. You can engage in trade and make money, or attack and rob the Indians and make money. But there is ultimately a war you need to prepare for. The war of Independence, which you have to spend 200-300 turns preparing for, and to win it, you will need every cannon, every cavalry, and every fortification (and every dollar) you could possibly have built during those peace years.

Play Colonization online, in a web browser or on your mobile phone

Is it possible to play Sid Meier's Colonization in a web browser, on mobile or tablet?

Well, yes, it actually is. Thanks to our website civilization.ws it is now possible to play Colonization on mobile devices, tablets and in a web browser.

Play again Sid Meier's Colonization online, immediately in your browser on civilization.ws - nothing to install! Just hit play button and play, save your progress, load it later and repeat.

A real insite into how the New World was Colonized. Strongly recommended. 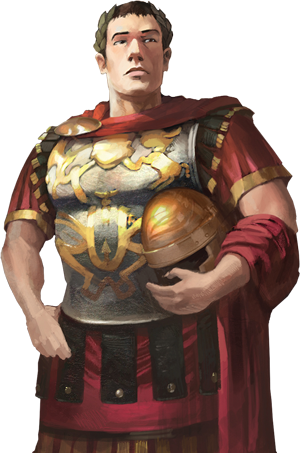